Amos 3:7 – ‘Surely the Lord God will do nothing, but he revealeth his secret unto his servants the prophets’

Wow! That is an interesting statement! There are some passages in the bible that shake the fundamentals of our thinking to its core… in fact, the whole of scripture has this power. This verse is a plain statement of fact, which declares that God does nothing in the earth unless He reveals His intention to someone in the earth first. Huh?! According to this verse, God limits His own actions in the earth to a collaboration with man. That shouldn’t be in the bible, should it? Doesn’t it stand opposed to our view of God’s sovereignty?

According to this verse, God limits His own actions in the earth to a collaboration with man. Why would God tell someone before He did something? Does He need our permission? Certainly not! But this thought is right in line with God’s original intention for man.

The intention behind God’s decision to make man is recorded in Genesis 1:26 – ‘And God said, Let us make man in our image, after our likeness: AND LET THEM HAVE DOMINION…’

God’s initial intent for man was that we were to have DOMINION (i.e. dominance) OVER ALL THE WORKS OF HIS HANDS (Ps 8:6).

God made MAN to be sovereign over the earth. Surely, God was sovereign over man, but He had delegated His creation into the hands of man (that is why Adam’s first sin had the power of corrupting ALL CREATION (Rom 5:12; 14; 8:20, etc.) – because Adam was given the sovereignty over creation. Surely, the serpent sinned first, yet the fall of creation is laid to the charge of Adam.)

‘Surely the Lord God will do nothing except he revealeth his plan unto his servants the prophets.’

According to this statement, when God works in the earth, He tells someone first? Astounding! In our typical Evangelical philosophy, we don’t ussually believe it is possible to know the will of God… but God wants us to know His will… because He wants someone to work with!

Jesus Christ was the Word made flesh; He represented for us the Divine will of God. Jesus was the perfect example of God’s will; everything He did, and said expressed it. He is the express image of the invisible God, that is: He clearly represents God’s personality to us; Jesus was the perfect will of God in a visible form. Yet just as Jesus was fully God, He was also fully man. He depicts for us also what a perfect man looks like: God’s initial intention for humanity.

Isn’t it interesting, then, that Jesus only did what God revealed to Him?

Then answered Jesus and said unto them, Verily, Verily, I say unto you, The Son can do nothing of himself, BUT WHAT HE SEETH THE FATHER DO: for what things soever he doeth, these also doeth the Son likewise.

For the Father loveth the Son, AND SHEWETH HIM ALL THINGS THAT HIMSELF DOETH: and he will shew him greater works than these, that he may marvel. (John 5:20-21)

God revealed His will to Jesus so that He would accomplish it; with Jesus there was no inhibition of God’s will, it flowed perfectly into the world through a willing vessel, just as it is written:

God anointed Jesus of Nazareth with the Holy Ghost and with power: who went about doing good, and healing all who were oppressed of the devil; for God was with him. (Acts 10:38) 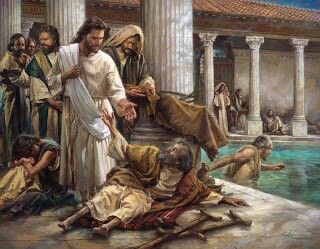 Notice it doesn’t say ‘who went about doing good because he was God in the flesh.’ He was enabled to do good as a man BECAUSE GOD WAS WITH HIM.

ALL OF GOD’S WORKS ARE GOOD. This is important to point out because there is a philosophy in Christianity that declares everything that is done in the world (both good and bad) is God’s will. But in fact, every time that God intervenes in the world, so ething GOOD happens. The goodness of God endureth continually (Ps 52:1)

The man Jesus Christ was enabled to do GOOD because God was with Him (Acts 10:38). And, remember, Jesus only did what God the Father showed Him (John 5:20).

What was God’s will in the matter? He wanted to heal ALL who were oporessed of the devil. But wait… He’s God! If He wanted to heal all those people, could he not have done it sovereignly without using a human vessel?

‘Surely the Lord God will do nothing except he revealeth his plan unto his servants the prophets.’

God’s will is to co-labor with man in the earth. EVERYTHING God does in the world is in some degree collaborative with man. He does not force His sovereign intentions without at least finding a prophet to tell about it.

When God was ready to do a work in Israel in Jeremiah’s day, He made an interesting statement to Jeremiah, He said:

Think on that statement for a momment: ‘I will hasten (or ‘speed’) my WORD to PERFORM it.’ This is a key phrase in the commissioning of Jeremiah as a prophet.

God was ready to do a work in the earth… but He hadn’t told anyone yet. He said He was going to ‘hasten His Word’ – was going to tell Jeremiah some things very quickly so that He could do them.

Surely, God is sovereign, but in His sovereignty, He relegates Himself to collaborative intervention in the world through communion with man. This should be no shock for, again, this was the Lord’s initial intended purpose with man to have dominion in the earth. (See also post The Sovereignty of Man)

If you want to see God work in the world – commune with Him; listen intently, and do what He reveals as Jesus did. You have the power to enact God’s will… and the bible says you should:

Rom 12:21
Be not overcome of evil, but overcome evil with GOOD. 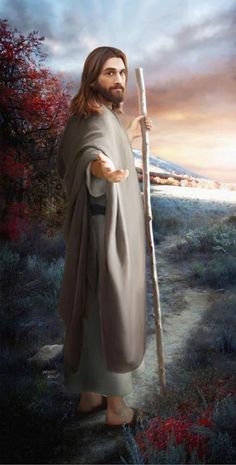 One thought on “God’s Collaborative Will”